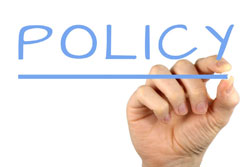 Up to now, the impact of policies aiming for significant and sustainable changes in dietary, physical activity and/or sedentary behaviours conducted across Europe has not been assessed or evaluated systematically. In order to counter this, the JPI HDHL decided to build the Policy Evaluation Network (PEN) supported by six participating countries: Germany, Ireland, Italy, the Netherlands, Norway and Poland.
The Call Steering Committee has now decided to fund the 26 selected research groups which submitted the joint proposal in September 2017.

In the first evaluation step, 28 from the 54 applying research groups were selected to elaborate a joint network proposal. At the network meeting in Bonn in June 2017, the selected research groups for PEN started the discussion on the potential structure of the network and the joint proposal. During the meeting Prof Wolfgang Ahrens from the Leibniz Institute for Prevention Research and Epidemiology (BIPS) in Germany was elected as the network coordinator, supported by the two vice-coordinators Prof Catherine Woods from the University of Limerick in Ireland and Dr Jeroen Lakerveld from the VU University Medical Center in the Netherlands. During summer, the PEN consortium drafted the joint proposal, which was evaluated and recommended for funding by the international Scientific Evaluation Committee.

Two additional research groups from France and New Zealand will join the PEN consortium with own funding. Policy makers have already shown their interest on the results of the network.